It has been reported that Manchester United boss David Moyes insists that the club need to spend in January to rescue a faltering Premier League campaign. 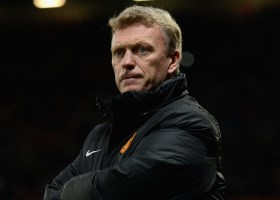 The champions have slumped to ninth in the top-flight standings after a run of three without victory.

When asked if he could look to address their woes with the acquisition of new players, Moyes said: “Yes, but the club is always thinking about that.

“Every transfer window, you’re thinking about strengthening. If we can do that, we’ll try to make that happen.”