It has been revealed that David Moyes was happy to fire back at Arsenal counterpart Arsene Wenger ahead of today’s blockbuster. 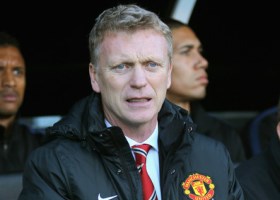 Robin van Persie, who joined United from Arsenal just over a year ago, faces his old team-mates.

Moyes said “I’m sure Robin would say he made the right choice.”

He also had a neat response to Wenger’s jibe that he still sees RVP as an Arsenal player.

“I think Mikel Arteta is still an Everton player because we (Moyes was Everton boss at the time) brought him into the country and introduced him to English football.”

But Moyes was more serious when he says: “Their stability this year has helped them. Other clubs have gone through changes but they have the same manager, not too much disruption among the playing staff and that has benefited them.”