It has been revealed that David Moyes has admitted some regret after their 1-1 draw at Champions League opponents Shakhtar Donetsk. 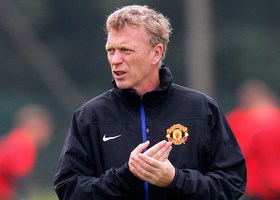 Leading for almost an hour following Danny Welbeck’s well-taken opener, United looked set for victory until Taison capitalised on a rare error in the visitors’ defence to earn the hosts a share of the spoils.

“There was a bit of disappointment we didn’t see the game out,” said Moyes.

“But Shakhtar are a good team, with a great reputation, so I don’t think it was too bad a result.

“We never play for a draw we play to win. But the players knew it was going to be a tough game and we defended very well for the majority of it.

“It wasn’t the most exciting game, both teams had three points before the match and I think we both wanted to make sure we got something from the game.”