It has been reported that Manchester United boss David Moyes is determined to perform his clearout in the summer. 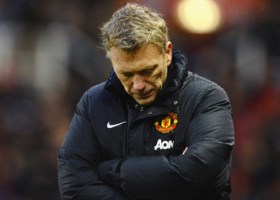 The Mail on Sunday reported that Moyes plans a mass makeover of the squad at the end of the season.

Indeed, after unveiling Juan Mata at the start of the week, Moyes made hints of a substantial clearout followed by a spending spree to rejuvenate United in the close season.

A long list of United’s established stars are set for the exit in the summer including Rio Ferdinand, Nemanja Vidic, Patrice Evra, Nani, Ashley Young and Antonio Valencia. Also mentioned as a potential departure is Robin van Persie.