David Moyes has declared that Wednesday night’s 5-0 demolition of Bayer Leverkusen in the Champions League was the best performance of his fledgling Manchester United tenure. 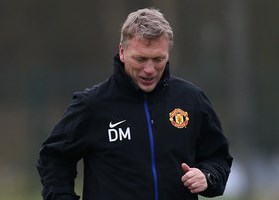 The reigning Premier League champions were dominant at the BayArena to produce their biggest away in Europe’s premier club competition prompting Moyes to speak highly of the supreme display.

“I hope I can continue the standards of before (under Sir Alex Ferguson).Tonight showed that. Qualification is expected, as is to do well in the league and cups.

“(The performance) is what I’ve been hoping to get more often – I’ve not had it as often as I’d like.” Man Utd Hopeful Carrick Will Be Fit For Liverpool Clash