It has been reported that Manchester United boss David Moyes is at one of the biggest January market campaigns in the club’s history. 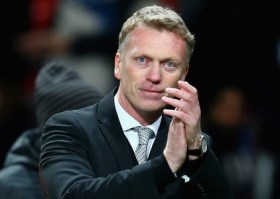 “I want players going forward and not just for the next six months.

“If I can get someone to be with us for the next six or seven years I want to bring them in as soon as I can.

“But a lot of [potential targets] may well be at clubs in the Champions League or at clubs who are not willing to sell because they may be in a good league position at this moment in time.”