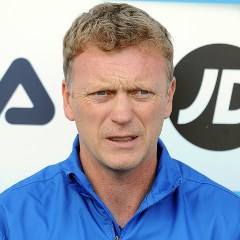 Man Utd are planning a shock £25million move to bring Barcelona midfield star Cesc Fabregas back to the Premier League.

And if that fails they will go head-to-head with Chelsea’s incoming boss Jose Mourinho over ex-Tottenham playmaker Luka Modric.

New United manager David Moyes has identified midfield as an area in which he would like to strengthen especially having seen Paul Scholes retire and with Darren Fletcher’s future unsure following illness.

Fabregas, 26, has struggled to impose himself at the Nou Camp since his £35 million transfer from Arsenal two years ago.

If they can’t land Fabregas, United will switch their attention to Modric who only joined Real Madrid last summer from Spurs for £30m, with Moyes also interested in Belgian international Marouane Fellaini from his former club Everton.