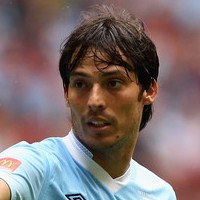 Manchester City winger David Silva has admitted that the pace of the Premier League has made him a better player.

The Spanish international star says his move from Valencia has improved his football.

He said: “English football is much faster than the rest. It has helped me to think more fast, to be better physically.