David Silva believes he and his Manchester City teammates will have to continue scrapping and fighting for every single point they can until the end of the season. 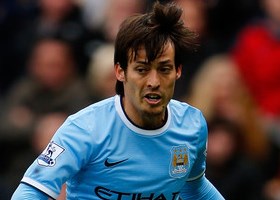 The 2012 Premier League champions find themselves six points behind league leaders Chelsea but have three games in hand as they look to make it two titles in three seasons.

The Spanish international said : “In this league every game is difficult and it’s important to keep your focus,”.

“It happened to them (Chelsea) and it has happened to us – every game is difficult and anyone can beat anyone.

“This is why you have to fight all the way to the end in every single match.”