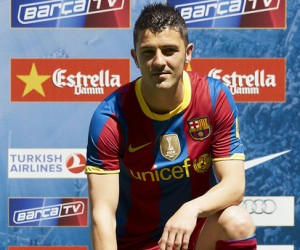 New Barcelona signing David Villa has admitted that he is excited by the prospect of playing in his first El Clasico this season.

Defending champions Barcelona and Real Madrid are set for an intriguing battle this season and will meet at the Nou Camp on November 28, with the return fixture to be played just a month before the end of the season, at the Bernabeu on April 17.

The former Valencia forward said : “Playing in such a game is what every player wants to achieve,”.

“I am eager to taste the atmosphere. It’s an important game for any player. It’s part of the reason players come to Barcelona.”

Puyol : I Hope Messi Will Not Leave Barcelona