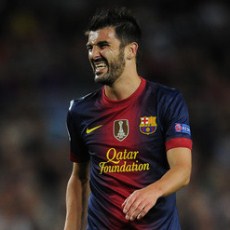 It has been revealed that Barcelona striker David Villa is staying tightlipped on frenzied transfer speculation in England over a potential Premier League move.

Chelsea, Arsenal, Liverpool and Swansea City are all being linked with Villa.

AS says the striker, while on his winter break, is staying silent on the rumours.

Villa’s agent, Victor Oñate, has played down the prospect of a January move away.

However, if there is no prospect of a regular start, Villa could still push for a transfer in the latter stages of the winter transfer window.

Jack Wilshere Upset To Not Play Alongside Thierry Henry