Dawson : Ledley King Can Fill In For Rio Ferdinand 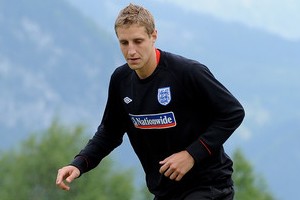 King, Dawson insists, will be anything but a liability despite his knee injury.

“He brings calmness to the whole team,” said Dawson. “He never gets flustered. He leads by example, he doesn’t rant and rave.

“He has had problems with his knee but he has stayed mentally strong. And when he is fit, he is world class.”


Fabiano : I Did Not Say I Want To Play For Manchester United