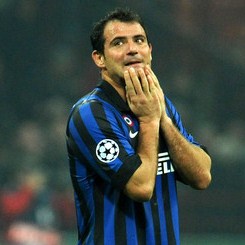 Reports have surfaced claiming that Inter Milan midfielder Dejan Stankovic has again emerged as a target for Major League Soccer.

The 34-year old former Serbian international has previously been linked with a move to MLS and now the possibility of him heading to North America has reopened.

Spanish daily Marca suggests that Stankovic, who has fallen out of favour with Andrea Stramaccioni, could depart the San Siro in January.