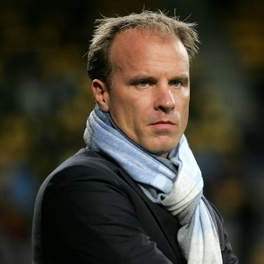 Van Persie has even surprised his compatriot by scoring so many goals as an out-and-out frontman.

Bergkamp told the Telegraph: “To be honest, I would still prefer to see Robin play a bit deeper behind the main striker so that he could pick his moments the way I used to,”.

“I think he could be even better in that role, but the way he’s playing now you can hardly blame the coach for putting him there.”