Reports are out claiming that Derby County have set their price for Will Hughes. 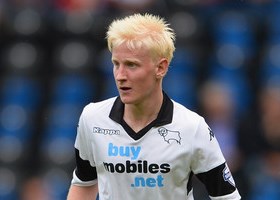 The Daily Express revealed that the Rams have placed a £12million valuation on Arsenal, Liverpool and Manchester United target Hughes.

With Hughes continuing to impress at Derby under new manager Steve McClaren it appears only a matter of time before the 18-year-old seals a move to the top flight.

According to reports Derby chief executive Sam Rush believes Hughes is worth the same amount as Manchester United’s Wilfried Zaha – who left Crystal Palace this summer for an initial £10m rising to £15m. Liverpool To Discuss Swap Deal With Arsenal For Raheem Sterling