It has been revealed that Galatasaray striker Didier Drogba is excited to be meeting Chelsea in the Champions League knockouts. 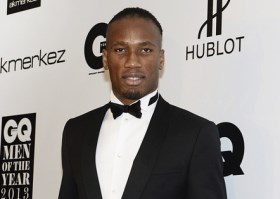 The Ivory Coast international admitted that he was relishing his match against Chelsea, having scored the equaliser and then the winning penalty against Bayern Munich to win the competition in 2012.

“What a draw… I’m the luckiest man in this competition,” he said on his official Instagram account.

“In both games I’ll be playing home! See you in few months.”

Chelsea midfielder Juan Mata said it would be a fond reunion for all concerned.

He told the official Chelsea website: “Didier was a legend here. I guess that he would be very excited about coming back. He did a lot of great things for this club and scored a lot of very important goals. In fact, he scored probably the most important goals in the history of this club.”