Reports are out claiming that Diego Lopez has penned new terms with Real Madrid. 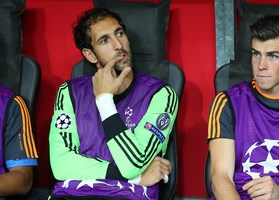 It is said that the 31 year old signed a new contract effectively doubling his earnings.

The duration of his contract has not changed however, despite the substantial increase in his pay.

Under the new terms, Diego López will stay at Real Madrid for the next four years, until the end of the 2016-2017 season. He will be 32 in November and will end his contract aged 35.

The goalkeeper stands to earn over €4.5 million-a-year.