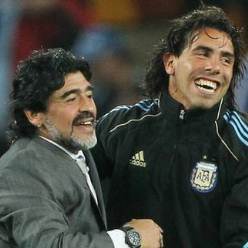 Argentine legend Diego Maradona has revealed that he feels for Carlos Tevez over his controversy at Manchester City.

Tevez has been hit with an £800,000 fine and is also set to train on his own for the foreseeable future following his apparent refusal to warm up at Bayern Munich.

But Argentina legend Maradona has backed his countryman, saying: “It hurts me to see it happen to Tevez as a player and human being.

“If City want to give him a financial penalty then fine. But the worst thing to do to a player is to stop him playing.” 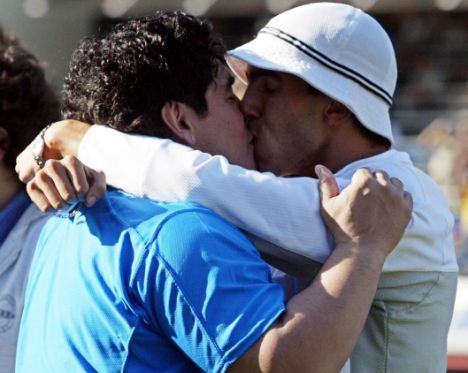