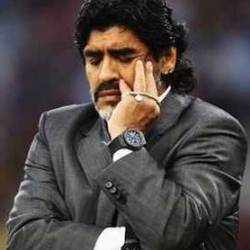 Diego Maradona was taken to hospital for routine checks after his car was involved in a road accident near Buenos Aires on Monday, local media reported.

The former Argentine soccer player and coach was taken to a hospital near his home in the city’s Ezeiza suburb and a medical official said he was “perfectly fine.”

“They’re perfectly fine although some more checks will be carried out on his companion, above all as a precaution,” hospital director Oscar Sico was quoted as telling local radio.