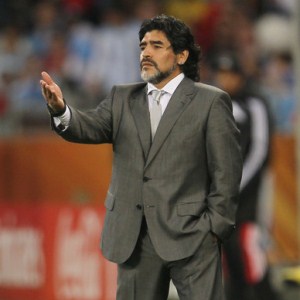 Former Argentina manager Diego Maradona has offered himself for the Portugal job.

It is strongly believed that the Portuguese FA are seeking a new coach after dismissing Carlos Queiroz last week.

Maradona is a free agent having been dumped by Argentina after the World Cup and is keen on the Portugal post.

Alejandro Mancuso, an assistant to Maradona between 2008 and 2010, said: “Yes, indeed. We have already spoken, he gave his availability, although there is still no contact.”