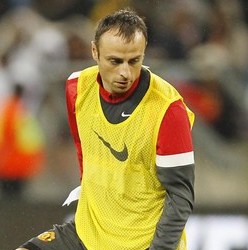 The Bulgarian striker has been linked with the Hammers.

Allardyce said: “There was a statement from Dimitar saying he’s available for £5million. Everybody knows we’re looking for a striker so they say we’re in for him, but I’ve not had any conversations with Sir Alex.”