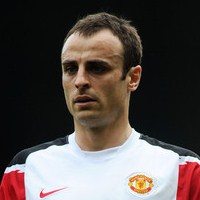 Sensational news are out and it has been revealed that Manchester United striker Dimitar Berbatov is being lined up for a shock return to Tottenham.

The Sunday Mirror has reported that the Bulgarian striker will have just one year left on his Manchester United contract at the end of the season – and talks over a new deal have so far stalled.

That has alerted Spurs, who sold Berbatov to United three years ago for £30 million.

United face the threat of losing the hit-man on a free transfer if they allow his contract to run down and expire in June 2012 and with Berbatov now 30, it ­appears United will not offer him more than a one-year extension.

If United and the player cannot reach agreement, they can take the option to sell him rather than lose him on a free.

Spurs would not want to pay more than £8m for the striker – and that would represent a smart move by chairman Daniel Levy.