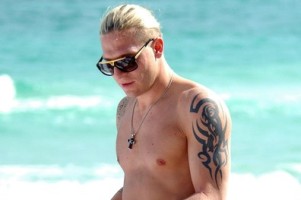 The agent of Liverpool striker Andriy Voronin has revealed that there are interest from Russian clubs for the striker.

The Ukraine international has been an outcast in Liverpool and manager Rafa Benitez is ready to offload him to raise funds for his own signings in this month’s transfer window.

Voronin was sent on loan to Hertha Berlin last season and although he impressed in Germany he has failed to nail down a place in the Liverpool side.

Dinamo Moscow are understood to be the Russian side chasing Voronin and the player’s agent, Andriy Golovach, has confirmed the striker is poised to leave Anfield.

Hertha Berlin have also been linked with a move to bring Voronin back to the German capital, but Golovach insists the player has no plans to return to the Bundesliga outfit with the club facing a massive struggle to avoid relegation.