It has been reported that Dinamo Zagreb defender Leonardo Sigali has warned Arsenal not to show any signs of complacency when they take on the Croatian outfit in the Champions League on Wednesday. 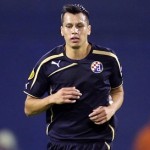 Dinamo are full of confidence after a 4-0 win over Lokomotiva Zagreb in the Croatian league on Friday.

Sigali, who scored in the victory over Lokomotiva, believes Dinamo are capable of causing an upset against the Gunners.

“We are playing so well,” Sigali said.

“If we play against Arsenal like we did against Lokomotiva, who knows what can happen.

“At a full Maksimir Stadium we are confident. Arsenal need to take us seriously or they are in for a surprise. We are creating chances and looking dangerous.”