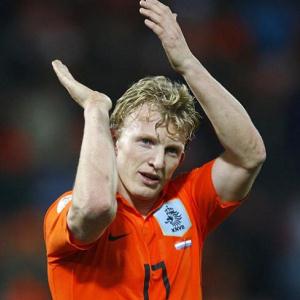 Sensational transfer news are out and it has been reported that Inter Milan target Dirk Kuyt has declared that wants to stay at the club just a day after his agent suggested he was considering an exit.

“My future is at Liverpool. I’ve had four great years at the club. Unfortunately we have not won any trophies, but hopefully I will in the future.

“The point for me was that I’m 30 years old and I wanted to know if there was interest from any other club in the world.

“The club spoke to me and explained everything. They said I was really important for Liverpool Football Club. That made me a very proud person and at that point, I focused my thoughts on Liverpool.”