Reports are out claiming that Arsenal manager Arsene Wenger has hinted that doping could well be in existence in football. 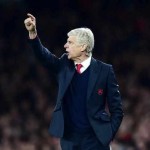 There has been a spotlight on doping in sport recently following the reports from the World Anti-Doping Agency which has accused Russian athletes of running a doping programme.

Wenger stated that doping could be prevalent in football as well but insisted that none of his players over a 30 year managerial career have ever used performance enhancing substances.

“I try to be faithful to the values that I find important in life and to transmit them to others,” he said in an interview with L’Equipe Sport and Style.

“In 30 years of my coaching career, I never got one of my players injected to be more efficient. I never gave them a product that can improve performance. It is about pride. I’ve played against a lot of teams that were not in this state of mind.” Mark Schwarzer To Force Fulham To Sell Him In January