Reports are out claiming that David Moyes’ rumoured move to Real Sociedad has hit a snag. 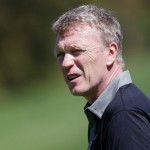 It was believed that the former Everton and Manchester United manager was set to replace the recently-sacked Jagoba Arrasate at the Spanish club immediately but Goal.com has suggested there are some complications regarding the proposed deal.

Moyes is demanding a higher salary than Sociedad are willing to pay with reports indicating he has been offered around £780,000-a-year.

“He is the club’s top target,” a source told Goal.

“The board believes his style fits with the club’s current squad and they were very impressed with what he did at Everton.

“Talks have gone well, but they are still some way off an agreement financially. La Real could stretch to £1.2 million per year, but are unlikely to pay more than that.”