Drogba : I Am Not Worried About My Performance! 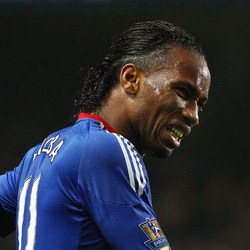 Chelsea striker Didier Drogba has revealed that he is unconcerned by his lack of goals for the Premier League champions this season.

The Ivory Coast international smashed in 37 goals for Chelsea last season but has managed just nine so far this term.

He said: “It’s maybe not what I was expecting, but I’ve had malaria and surgery before the beginning of the season for my hernia to make sure I’ll be okay for the next few years.

“I won’t say I’m happy because we’re having a difficult moment, but when you look at the amount of games I’ve played and the number of goals and assists I’ve had, I know it’s not the best, but it’s not bad. And I can continue to improve that.

“I’m not worried about my performance.


Marc Janko – Why Is He Not Playing In The Premier League?