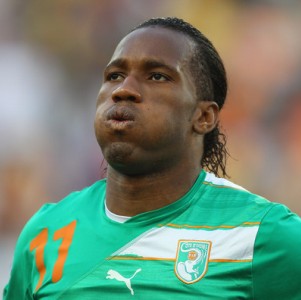 Chelsea striker Dider Drogba has revealed that he has been carrying an injury throughout his career at the club.

The Ivory Coast international striker was forced to undergo a surgery at the end of last season on his troublesome hernia and said that he feels he will be able to give more this season as the six-year injury gets better.

Drogba said that : “It was a hernia – I first had it six years ago,”

“For the last six years I have been struggling with it.

“I couldn’t really work, it was difficult sometimes for me to play some games. I also had to miss some training sessions.

“I learned how to play with it, how to deal with it. Now I am really happy because it has gone and I feel more free. No more tensions in the abductors.

“You know it is really good for me. I am really happy that I had it.

“It was strange to play without pain because sometimes last year I needed some tablets to play. Now I am not even asking. It is a good feeling.

“I don’t know if I can do better than last year. But the thing is I will feel better, more free in my movements on the pitch. I will feel much better and will be happy to have the same season as last year.”