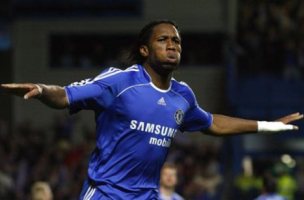 Chelsea striker Didier Drogba has hit back at taunts claiming that he is a diver and he dives to win penalties.

The Chelsea and Ivory Coast international striker said that when the game is played at great speed, it requires very little contact to put a player off balance.

Drogba added that he is never afraid to put his body in the way for the team.