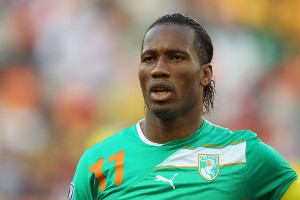 Chelsea striker Didier Drogba is set to miss the start of the new Premier League season after undergoing groin surgery.

The Blues said on Saturday they expect their star striker to return to training in “approximately three weeks” – the same day as the new campaign kicks-off.

A statement issued on the club’s official website read: “Didier Drogba successfully underwent minimally invasive surgery yesterday [Friday] on the groin injury that had troubled him for some of last season.

“The decision to perform the procedure after his return from the World Cup was made to optimise his rehabilitation, and he is expected to return to full training in approximately three weeks.”