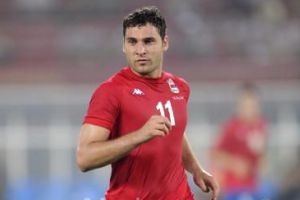 It has been reported that Tosic is ready to leave the club now on a free transfer as a bizarre consequence of their financial plight.

The 25-year-old Serbia international signed outside the window as a free agent having cancelled his contract at Werder Bremen but, after Portsmouth were threatened with a winding up order, the Premier League withheld his registration, preventing him from playing in league games.

There was even some concern that his inclusion as a substitute in Portsmouth’s FA Cup squad tie against Southampton would threaten their status in the cup as a consequence, but the FA confirmed yesterday that the club was safe as different regulations apply to their competition.