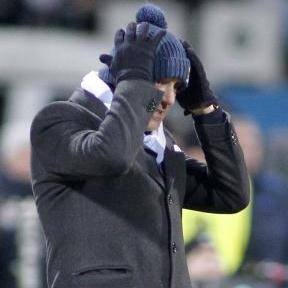 Manchester City will need to display all their attacking strength next week if they are to remain in the Europa League.

To complete a frustrating night for manager Roberto Mancini, Mario Balotelli came off in the second half with the Italian striker claiming to be unwell.

After a bright start City showed nothing like the kind of form that marked them down as tournament favourites.

They knew it would be a tough test in freezing conditions as Dynamo went into the match having lost only one of their past 16 games.