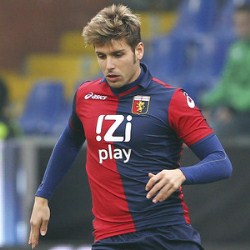 Reports have emerged that Genoa have sold midfielder Miguel Veloso to Dynamo Kiev.

It is said that the 26 year old Portuguese international has completed his move to Dynamo Kiev after signing a four-year deal with the Ukrainian club.

“Miguel Veloso has signed with Dynamo for a period of four years,” a statement on the club’s official website read.

“He will soon join up with his new team which is currently training for the new season in Austria.” Ronaldinho Set For Serie A Return With Genoa