It has been reported that Ecuador interim coach Sixto Vizuete insists Manchester United winger Antonio Valencia has not retired from international football. 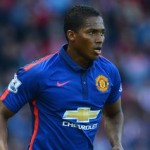 The 29 year old was missing for their friendly win over Bolivia in Miami.

“I have spoken several times to him [Valencia] and he has not told me that,” replied Vizuete, when asked if Valencia would stop playing for his country. “I do not think he will make that decision because he is a man who the selection [international side] wants and needs. He must prepare to represent the country.”

Vizuete went on to explain Valencia asked not to meet up for the international matches because he was still recovering from the physical and mental exertions of the World Cup and the early part of the Premier League season.