Eden Hazard insists that Chelsea can win the Premier League title this season. 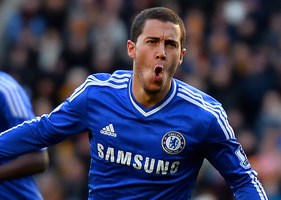 The Belgium international winger was outstanding in victory at Manchester City.

“Lots of people thought that we would just set out to defend,” Hazard is quoted in The Sun.

“But it was the opposite.

“We analysed City’s style of play very well before the game and we came along to win. The discussions we had in advance were all about winning. The manager said, ‘Don’t defend, you are here to attack and score goals’. He said the same to all our attacking players.

“We really did things in fine style. The three points will be important in the title race. We are aiming to win the league. It won’t be easy, but we won’t give up, we have the qualities needed to do it.

“Let’s see what happens between now and the end of the season.”