Reports are out claiming that Eden Hazard is expected to be fit for Chelsea’s clash at Champions League opponents Atletico Madrid tonight. 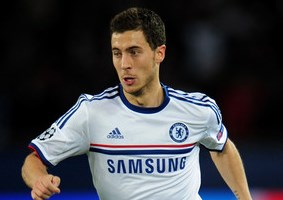 The Belgium international winger has not played since limping off in the Blues’ quarter-final second leg win over PSG and did not take part in the club’s open training session.

However Jose Mourinho will be hopeful Hazard will now be able to play a part at the Vicente Calderon Stadium. Man City, Chelsea To Do Battle For Stephan Lichtsteiner