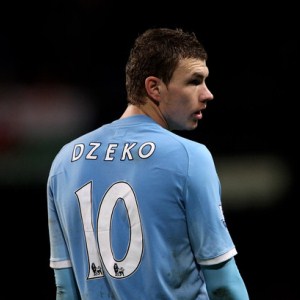 Manchester City striker Edin Dzeko finally made his debut for the club in their 4-3 win over Wolverhampton Wanderers on the 15th of January.

City boss Roberto Mancini did not hesitate to utilize the Bosnian striker and threw him straight into the starting line-up in place of the injured Mario Balotelli.

Dzeko had no trouble linking up with Carlos Tevez and the rest of the City players and seemed comfortable with the pace and physical nature of the English Premier League.

The former Wolfsburg striker who cost Manchester City a whopping £27.5 million held the attacking line well and even set up Yaya Touré for the third goal of the match.

An overall impressive debut for the 24 year old who was chased by a host of European giants at the start of the season.