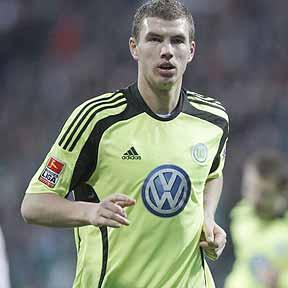 It has been revealed that Manchester City powerbrokers are scrambling to rescue their deal for Wolfsburg striker Edin Dzeko.

The Sunday Mirror has reported that Manchester City chairman Khaldoon Al Mubarak has stepped in to prevent the transfer from collapsing.

It is believed that the Eastlands club were told to increase their initial offer to the Wolfsburg striker by £50,000-a-week.

No agreement has yet been reached but City believe a compromise can be reached and the deal will go through.

Mancini Would Love The Chance To Work With Mario Balotelli Again