It has been revealed that PSG striker Edinson Cavani has blasted Liverpool over their treatment of Luis Suarez. 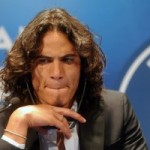 The former Napoli striker has accused ­Liverpool of breaking a promise to Suarez that they would allow the Uruguayan striker to join a club in the Champions League.

The prolific Uruguay striker said: “The Liverpool coach can talk about loyalty and disrespect, but maybe he needs to look up what it means.

“Luis had the chance last year to join a big club like Juventus, who went on to win the league in Italy.

“But, instead, he chose to stay and fight with Liverpool. Now, that’s what you call loyalty.

“I’ve known about his agreement with Liverpool and understood that he would be leaving, if they were not playing in the Champions League.”