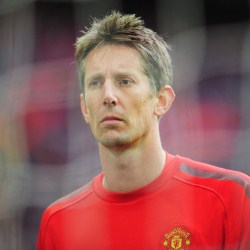 The Spanish La Liga champions backed up their domestic title when they defeated the Red Devils in the Champions League final at Wembley Stadium in late May.

Blaugrana produced a superb performance to win 3-1 and stake their claim as the world’s best team but the retired goalkeeper believes United can do enough to challenge Barcelona next season and beyond.

The Dutchman told talkSPORT : “Of course they will improve and grow next year – and that’s what they have to do,”.

“At the minute Barcelona are better than us and that happens – sometimes in your life you come up against people who are better than you; it’s what sport is about. So you have to learn to compete against them.

“At this moment we aren’t good enough and that hurts, but there’s no reason why the team cannot come back next year and the year after.

“I won’t be there but I will be watching! I know the manager will build a team that is capable of challenging Barcelona; it will be a big incentive for him.”