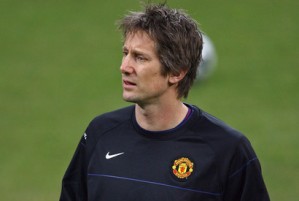 Manchester United managar Sir Alex Ferguson has revealed that goalkeeper Edwin van der Sar could be set to return to action against Burnley at Old Trafford on Saturday.

Van der Sar has been on compassionate leave since mid-November due to a knee injury and personal issues as his wife suffered a stroke shortly before Christmas.

However, Van der Sar returned to training with the club at their training camp in Qatar last week after his wife made a complete recovery.

Sir Alex now believes that the 39-year-old Dutch international could provide a major boost for a defence that has suffered from numerous enforced changes and poor form in recent weeks.