According to reports from Sky Sports, Egypt international Ahmed Fathy is set to link up with Arsenal for pre-season training. 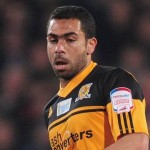 The 29-year-old defender has won over 100 caps for his country and is now free to leave Al Ahly, and boss Arsene Wenger has given Fathy the chance to link up with the Gunners with a view to sealing a move to the Emirates.

Craig Honeyman, managing director of SEM – who represent the player – confirmed Fathy had arrived in England.

“Ahmed is wanting to play in England, and he has turned down some very big offers to both stay in Egypt and also on the continent,” he told Sky Sports.

“A number of clubs in the Premier League and Championship want to talk with him, but we have agreed he will train at Arsenal and will see what will come from that – he is very excited about the prospect.”