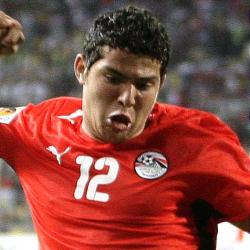 Egyptian left-back Milo has admitted that he would jump at the chance of joining Arsenal.

Recent reports suggest that the 21 year-old Haras Al Hodood fullback is a target for the Gunners.

He told FilGoal: “Arsenal officials have been following me since my participation in the Toulon tournament in 2009.

“And the English team got more interested in me after Toulon 2012 and I’m now waiting for their official letter.

“I will meet with the Haras Al Hodood officials before I leave with the Olympic squad on Thursday (to France for two warm-up matches) to understand their stance from this offer.

“I believe the Arsenal scouts will watch me closely at the London Olympics. My participation at London 2012 is what will determine my next step, and I hope to come to a European club.”