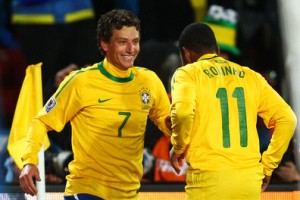 Manchester City star Robinho has revealed that he is leading Brazil’s goal celebrations in South Africa.

Robinho, currently on loan at Brazilian side Santos from Manchester City, devised the routines shown in the 2-1 win over North Korea.

Defender Maicon was seen ‘blowing his trumpet’ while Elano did a jig by the corner flag.

Robinho explained: “We held some trial dances after training and some of them will be spectacular.

“Personally, I have decided to dedicate my goals to my son. My wife tells me he imitates my gestures in front of the television and I like that.”

Elano added: “Robi is the joy in the squad.

“We are a very happy bunch and are preparing some more dances with Robi as our supervisor.” 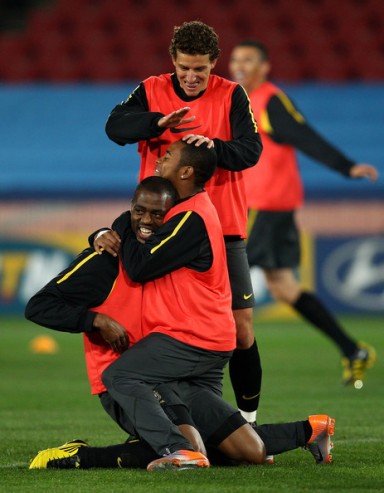 German Team Accused of Being a “Bunch of Gays”