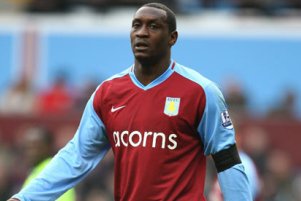 Striker Emile Heskey could be set for a return to the Aston Villa first team this weekend against Burnley at Turf Moor.

The England international striker, along with key defender James Collins, missed Villa’s 5-1 demolition in their last Premier League outing but could return to bolster Martin O’Neill’s squad for the clash with the clarets.

O’Neill told reporters that James Collins is going strongly and Emile, at this minute, has got a good chance.

He also added that the medical side at the club are particularly pleased with these player’s progress and that they are on course for a return.

Aston Villa currently lie in fifth place on the table with 21 points from 12 outings but need to improve their away form if they are any chance to push their way into the top four.