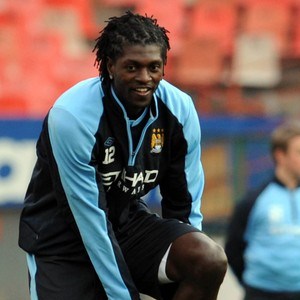 Sensational news are out and it has been reported that Manchester City have offered striker Emmanuel Adebayor to Real Madrid.

According to Marca, the Premier League club have told Real they can take the Togo international on-loan to the end of the season with the option of a permanent deal in June.

Real coach Jose Mourinho has declared he is short of options in attack – and that was before Gonzalo Higuain was ruled out for six months due to back surgery.

The former Arsenal striker has now emerged as the best option offered to Real to solve Mourinho’s attacking concerns.