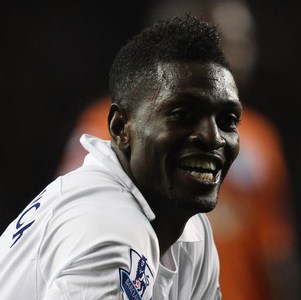 The 27-year-old Togo striker has failed to hit the target in nearly two months, but Bond still views him as a valuable addition to the squad.

“We don’t pre-judge any player. We didn’t know what to expect with him, but he’s been no problem to anybody,” said Bond.

“He trains really well and never says a word. We hope that continues at least until the end of the season.

“If he continues to keep playing like he has done for us…players of that calibre are very difficult to find. He’s been a big plus for us.”