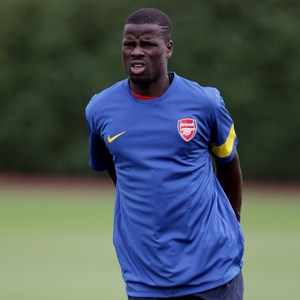 Bad news for all Arsenal fans as midfielder Emmanuel Eboue has been ruled out for between four and eight weeks with a knee ligament strain.

The Ivory Coast midfielder has to be stretchered off after a challenge from behind during the Gunners’ defeat to Sporting Braga during the week.

Arsenal manager Arsene Wenger also faces two weeks without inspirational skipper Cesc Fabregas, and the Frenchman admits that both injuries represent a setback for his side.

“It can be four weeks, can be six weeks or can be eight weeks. But I think it will be four weeks minimum,” Wenger said. 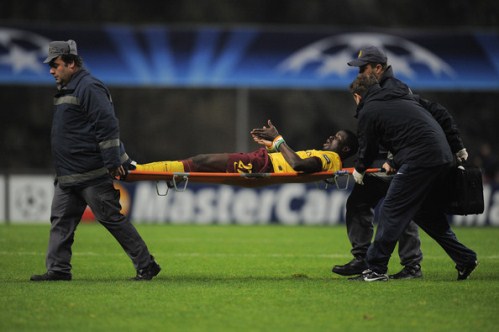