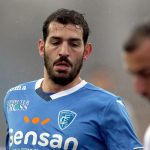 Reports are out claiming that Arsenal are chasing Empoli midfielder Riccardo Saponara.

Sky Italia says Juventus are favourites to sign Saponara, claiming manager Max Allegri has identified him as the ideal man to play in the role behind the strikers.

But Arsenal and Monaco are also understood to be interested in the Italian.

The Gunners have an abundance of attacking players but the likes of Theo Walcott and Alex Oxlade-Chamberlain could be sold to free up space within the squad.

The report suggests Saponara will cost around £11.7million (15m euros). Arsenal Get Free Run At AS Monaco Fullback Layvin Kurzawa